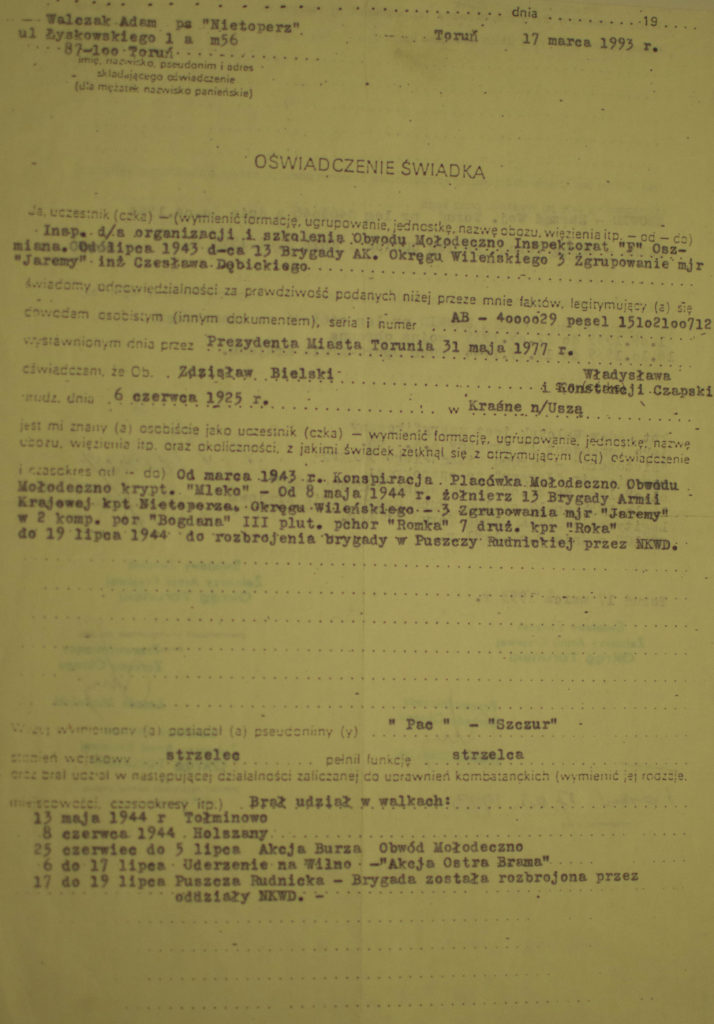 Testimony of the commander, Adam Walczak “Bats”, confirming the affiliation of Mr. Zdzisław to the Home Army. Major Bielski lost his AK identity during the war. After 1989, he wanted to confirm his affiliation to the Home Army, but he only had a certificate of disclosure, which was insufficient. Contact with the commander was needed. Fortunately, he was able to find it – he lived in Toruń. Mr. Zdzisław wrote a letter to him, in which he referred to the details and facts known only to people from his unit (for example, what his mare was called). Verified in this way received the Witness’s Statement.