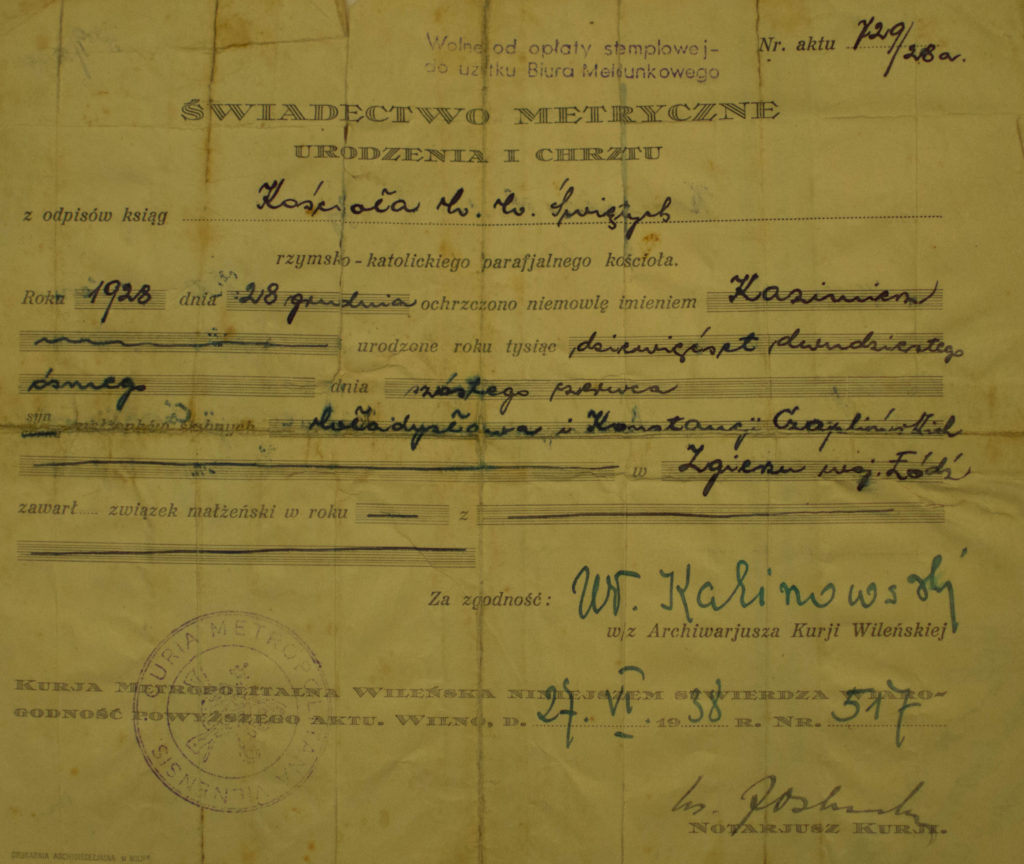 A false certificate of baptism and birth certificate of Mr. Zdzisław issued in the name of Kazimierz Czapliński. The document helped our hero to organize the state farm in which he was employed. Sowchozy are counterparts of collective farms, which were created on the basis of land “requisitioned” from large landowners. Zdzisław Bielski, wanting to avoid identification and legally work after escaping from the hands of the NKVD, had to take a different surname. The escape took place after the disarmament and arrest of members of his brigade after Operation “Ostra Brama”. The major finally returned to using his real name. He revealed himself in 1947, when he lived in Łódź.