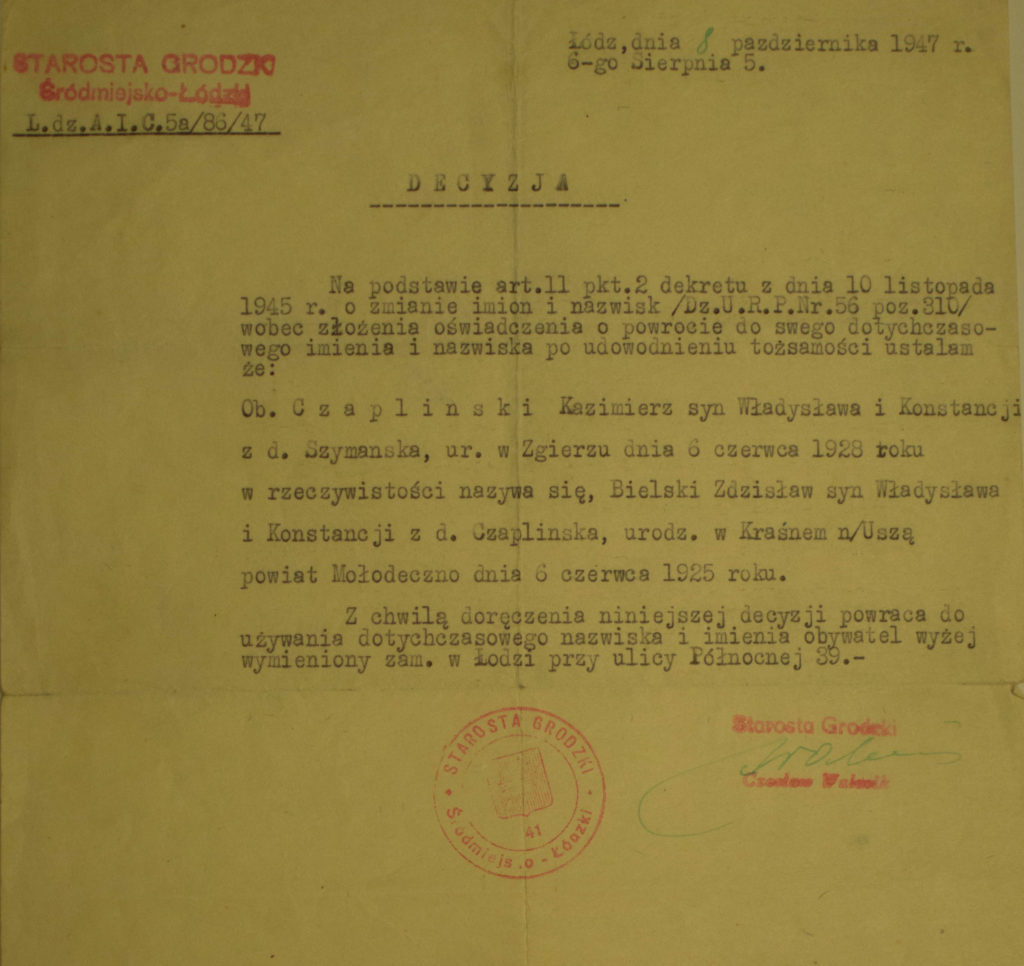 The decision allows you to return to your real name

Decision issued by the staroste of town in Łódź, confirming the return to the real name of Mr. Bielski, who, to avoid identification by the NKVD in the Vilnius region, functioned as Kazimierz Czapliński. After leaving for Łódź, he decided to reveal himself as a student of the local school. There was then a bureaucratic problem. According to the Minister’s order Those who turned up and wanted to learn, had to obtain the minister’s consent. The Major went to the school board, where it was stated that the regulation applies to people who are only going to be admitted to school, and not those already accepted. Eventually, the issue of returning to your real data was finally completed. Kazimierz Czapliński was accepted to the school in Łódź, and Zdzisław Bielski was already a graduate. Our hero confirmed his details in court, but fortunately he could have called on his friends from Molodeczna, who identified him.