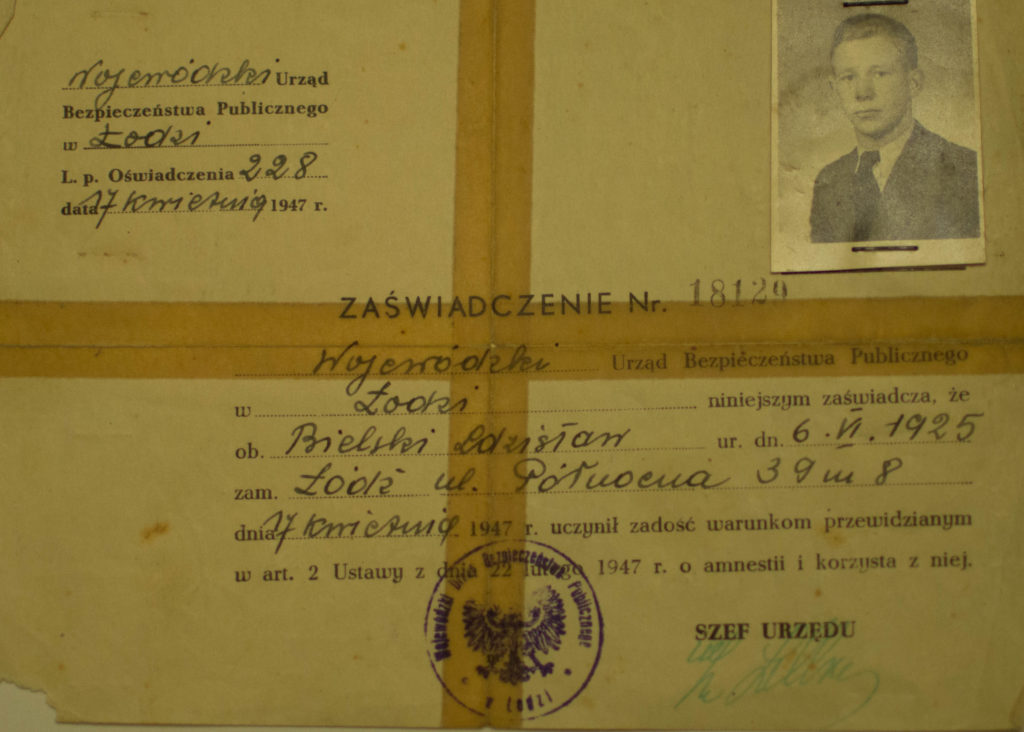 Certificate issued by the Provincial Office of Public Security in Łódź, confirming the use by Mr. Zdzisław Bielski of the amnesty granted to soldiers of the Home Army by the people’s authorities. In 1947, information was provided on the radio and the belt about the possibility of AKs becoming visible, without drawing any consequences. Mr. Bielski had doubts, nevertheless he was no longer a secretive activist and he wanted to use his proper name very much. On April 17, he reported to the Security Office, where he was interviewed. At the end, Zdzisław Bielski received a certificate issued to his proper name, despite the fact that he was still waiting for formalities related to the formal return to the possibility of using it.